To: The Hon. Scott Morrison PM

A better alternative to the 2nd M1 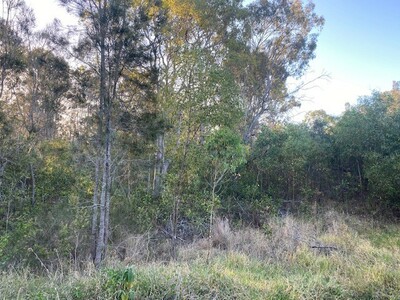 Withdraw funding for the 2nd M1 or Coomera Connector and encourage the Queensland government to seek more sensible and long term solutions to traffic problems that will not destroy wildlife and vital natural habitat.

The Coomera Connector or 2nd M1 freeway is a nonsensical nightmare for the Gold Coast and much of S.E. Queensland. It offers no genuine benefits and will destroy several environmentally important and sensitive areas. In actual fact, this crazy construction idea will make traffic congestion worse. This approach to the problem of expanding populations and the use of cars is like the proverbial fly buzzing in a bottle.

I belong to the “No Second M1” group, one of the organisations who oppose this monstrous freeway project, which is being rushed through by the QLD government without due process and proper information being provided to the community. An on/off ramp for this motorway is to be located directly opposite Helensvale High School, which I believe is the second largest school in the state.

The construction of this six lane 100 kph motorway, with its on/off ramp would seriously impact the health of everybody there and once complete, its operation would impact both their health and safety along with all the residents living along its route.

There is much more opposition to this road than the TMR claim. They decided on what they wanted and then began to consult. They cherry-picked the people who they consulted (initially they only accepted comments from people who used the M1 twice a week or more) and ignored the others. There was one survey of theirs that showed a majority of people against the freeway but they just shelved this.

The Palaszczuk government and TMR have totally failed to consider the health and safety of all of the people living next to its path and to nearby school children. The TMR’s whole process resembles something out of the ABC’s satirical program, Utopia. My next-door neighbour is a senior executive at Transurban and he says that the entire project is nonsensical from an engineering and commercial viewpoint in addition to its other drastic flaws. The planned 45 km freeway will kill many koalas, kangaroos, brush turkeys and much other protected wildlife. There are many koalas in this corridor.

The TMR are risking a legal class action on the part of the many thousands of people living right next to this corridor for the massive loss in value of their homes. The negative health aspects for these residents are overwhelming due to an intolerable noise and pollution level. In future years, more legal suits are likely due to premature death and chronic ill health on the part of these residents.

The transport needs of the Gold Coast could be completely met by upgrading the on/off ramps of the M1 and widening it in several places. Studies, including a well-researched one from Strong Towns in the U.S., have shown that the ill-considered construction of motorways, far from solving traffic congestion, only makes it worse. To top it off this motorway is projected to cost over $2.4 billion of borrowed money.

Better use of existing infrastructure, including highways, cheaper and better public transport is a long-term solution.
The link for our “No 2nd M1” group is https://www.facebook.com/NoSecondM1/

There seems to be a conspiracy of silence on the part of the QLD government, the Opposition and the TMR.
Yours Sincerely,
John Spencer