To: Mark Scott, the ABC Board, and Communications Minister Malcolm Turnbull

Save Lateline and the ABC's Current Affairs Coverage 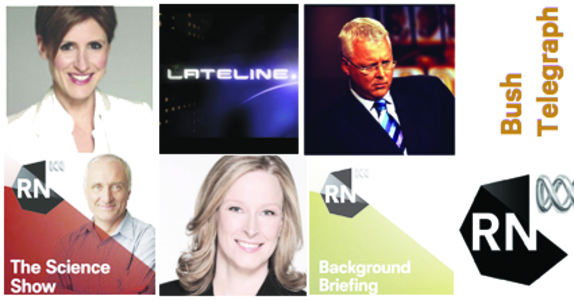 To the ABC Board and Communications Minister Malcolm Turnbull,

We call on you to protect quality investigative reporting and current affairs coverage, including Lateline on ABC1, weekly state-based TV current affairs, and programs on Radio National such as Background Briefing, The Science Show, The Health Report, The Media Report and The Law Report.

A strong democracy requires a strong media - and if ABC current affairs coverage is axed, our politicians will face less scrutiny than ever. Don't let our national broadcaster's current affairs face the chopping block.

Before the last election, Tony Abbott promised "no cuts to the ABC", but the cuts are coming: perhaps ten per cent of the ABC's budget is in jeopardy. It's certain that in response, the Board is contemplating cuts to the ABC's current affairs coverage. Lateline could be axed, and some news coverage could be halved. Yet, as Communications Minister Malcolm Turnbull has himself said many times, with the business models of commercial media in crisis, Australian democracy needs ABC news and current affairs programs now more than ever.

The demise of Lateline could be just the beginning. The ABC’s Friday 7.30 programs, which consistently break important local and state-based stories, could also go. So too could radio current affairs programs on ABC Local Radio and specialist programs on Radio National.

Decisions are expected as soon as this Wednesday – so we need to act now.

Will you sign the petition to save Lateline and the ABC's quality current affairs coverage?

This petition is supported by GetUp Australia & ABC Friends