To: Minister for Immigration Scott Morrison

Just days before Eunsil's scheduled deportation, Australia's Immigration Minister reversed his decision and announced her application for permanent residency under consideration. This wonderful outcome is in part thanks to the tireless CommunityRun campaign run by family friend Julie who launched a CommunityRun campaign to put pressure on the Minister.

In Julie's words: "It goes to show that taking action through petitions and showing support for something we believe in is really important and worthwhile". Congratulations to Julie and the entire family! 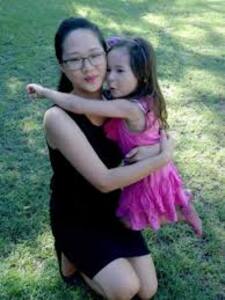 Please grant Eunsil Park permanent residency so that she and her 4 year old daughter Ari can remain living happily in Australia. Australia is where Chloe has lived for the past 8 years, where she has been gainfully employed and paid her taxes. It's where she's surrounded by loving family and friends, where Ari's granddad Mark can drop in to see them anytime and most importantly, Australia is where Ari was born and calls home.

Please sign and share this petition as widely as you can to send a clear message to the Immigration Department that we don't support the mistreatment and blatant disregard for well being of five year old Ari (Aust. born) and her mum Eunsil (Chloe) Park.

Recently the Minister of Immigration Scott Morrison stepped to delay Eunsil's deportation until June, but Mr Morrison is still refusing to grant Eunsil residency based on the grounds that it is 'not in the public's best interest'. Read media articles linked below.

What could be more in the public's interest than a giving Ari - an Australian citizen - the right to live out her life happily in Australian with her mum?

By signing and sharing this petition you can help change Mr Morrison's perception of what really is 'in the public's best interest' and persuade him to offer Eunsil residency.

Eunsil has until until 6 June to pack her bags, say goodbye to her home in Australia and buy a one-way ticket out of country. Ari has no choice but to go with her mum or face gruelling and damaging separation. It is not an option for this family. If they don't leave, Eunsil will face detention.

For the past 4 years, Eunsil has gone through all the processes to get permanent residency. The uncertainty has been tough, but she's struggled and persevered so that her daughter can grow up, go to high school and do all the other things kids are lucky enough to do in Australia. Nothing is more important for Eunsil than to stay in Australia with her daughter, Ari.

In 2012 Eunsil was told to expect a positive decision on her permanent residency application - unfortunately the opposite has occurred.

Eunsil is fearful of what will happen if her and Ari are deported back to South Korea - a country she hasn't known for 8 years. Chloe doesn't have a job or a home to go back to there and Ari would be entering a totally unfamiliar world. As a single parent family, Eunsil has fears she and Ari would be stigmatised, shamed or discriminated in South Korea.

Mark Illingworth, Ari's loving granddad, can't believe his daughter-in-law and granddaughter will be forcibly deported. He desperately wants Chloe and Ari to stay in Australia so that their family can stay together. Mark has told the Immigration Department that he's prepared to support Eunsil and Ari in every way if that's what's required. Unfortunately, even a granddad's plea to see his granddaughter grow up has fallen on deaf ears.

Please sign and share this petition as far and wide as you can. But please do it fast! If we act together now and share the petition as widely as we can, we can pressure the Immigration Minister to review their decision.

Ari celebrates her 5th birthday and the family continue to fight for her and her mum to remain in Australia (21 April) :
http://www.couriermail.com.au/news/queensland/family-vows-to-fight-on-to-stop-deportation-of-fiveyearold-ari-illingworth-to-vietnam/story-fnihsrf2-1226890690221

Story in The Australian about the three month reprieve: (18 Mar)
http://www.theaustralian.com.au/news/south-korean-woman-eunsil-chloe-park-and-daughter-ari-allowed-to-stay-in-australian-three-more-months/story-e6frg6n6-1226857432764

A story in Courier Mail interviewing Mark and highlighting the abhorrent string of events putting Chloe and Ari in this incomprehensible position.
http://www.couriermail.com.au/news/queensland/former-immigration-minister-chris-bowen-was-set-to-use-discretionary-powers-to-let-south-korean-woman-and-daughter-4-stay-in-australia/story-fnihsrf2-1226855192127

Mark was interviewed on The Project last night (13 March), take a look:
http://tenplay.com.au/channel-ten/the-project/video
An interview with Mark by the ABC:
http://www.abc.net.au/news/2014-03-13/deportation-may-split-family/5319760?section=qld
An interview with Mark in the Courier Mail:
http://www.couriermail.com.au/news/queensland/grandfathers-plea-to-immigration-minister-scott-morrison-let-my-little-angel-stay/story-fnihsrf2-1226853013658

Petition is successful with 865 signatures

Petition is successful with 864 signatures

Thank you very much to all who have signed this petition so far and for the supportive comments. Every bit of public attention makes a real difference. Please spread the word on this and note latest courier mail article now included above. Please share. Public pressure could change the outcome here.. Julie