To: The Government of Australia 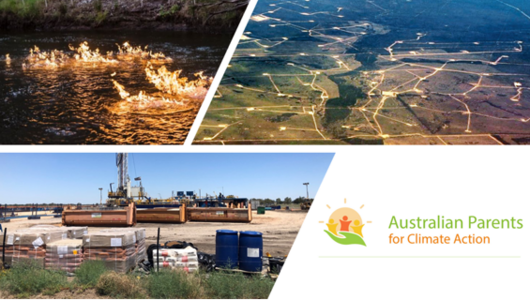 We petition the Federal and State Governments of Australia to ban fracking in the whole of Australia. We are one of a handful of countries that still allow this form of unconventional gas extraction.

There is vast community opposition everywhere throughout Australia that is marked for gas development. We ask that you respect the wishes of these people, who are, after all, the one's who have to live there, and who don't want to coexist with this dangerous industry.

We inform you that the Permanent People's Tribunal has declared that fracking should be banned worldwide as it abuses human rights. The human rights of our fellow Australians must be paramount and take precedence over everything else. Fracking has no place in Aboriginal lore.

Fracking is depleting Australia’s scarce water resources. The latest Water Report for the Surat Basin says that in Qld alone 547 water bores will become unusable as the gas fields expand.

We also inform the parliament that the Australian gas industry is an increasingly large contributor to global greenhouse emissions and the climate reality, and we are on track to become one of the top contributors to global warming by 2030. This industry contributes little to tax revenue, or to State royalties, and we ask that you act in the interests of the Australian people and future generations by banning fracking.

Much is being done to try to influence Australia’s leaders to transition out of coal. A lesser known source of greenhouse emissions is our gas industry.

Government figures show that emissions from coal and gas are increasing. They explain the methane increase as being due to rising LNG exports. Yet they want to export even more. As one of the world’s largest gas exporters, we are on track to becoming one of the top contributors to global warming by 2030.

Doctors for the Environment Australia believe that our gas industry has impacts for climate and health and is a threat to our food security.

The Permanent People’s Tribunal has said that fracking is against human rights and should be banned worldwide.

The latest Water Report for the Surat Basin says that in Qld alone 547 water bores will become unusable as the gas fields expand. How much water from WA, SA and the NT will be wasted too?

Please add your signature and get as many others as possible to sign too.