To: House of Representatives

Introduce a Basic Income to Australia 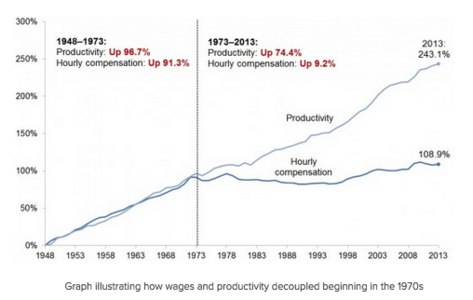 I would like to propose every citizen, every permanent resident, receive a basic income of AUD$30,000 per year. No exceptions. No means testing. A universal minimum income.

For labour market entrants facing an economy with 40% of us in insecure work, the choices (for those aside from a lucky few) are largely between waiting to be notified of shifts via text message, rolling short-term contracts in the public sector, or studying for years and years to end up in the same trap anyway. And that’s all before the economy really tanks.
We create enough value for everyone to have a basic living income. Australia is one of the richest countries in a world that has never been richer. Our GDP is on track to reach AUD$73,123.05 per capita this year. That we live with poverty, insecurity and economic anxiety is a matter of political choice, not necessity. We create enough value for everyone to have a basic living income. That’s why I’d like to propose every citizen, every permanent resident, receive a basic income of AUD$30,000 per year. No exceptions. No means testing. A universal minimum income.
Imagine the creativity, innovation and enterprise that would be unleashed if every citizen were guaranteed a living. Imagine the savings with no centrelink department required to police and punish citizens.
Universal income provides the material basis for a fuller development of human potential. Social enterprises, cooperatives and small businesses could be started without participants worrying where the next pay cheque would come from. Artists and musicians could focus on their work. More of us would be freed to volunteer our time for the public good. Some workers would no longer be faced with the unenviable position of having to choose between supporting their families and degrading their local environment. And all of us would have the option to pursue further education. Universal income won’t solve all our problems, but it puts us in a stronger position from which to start to solve them.
A universal income would drive productivity growth and innovation across many fields. All while guaranteeing consumer demand. True prosperity and progress never came from cutting margins here and there but rather from radically new ways of doing business.

Email and delivery in person.

We should view share of the economy as everyone’s birthright

From Kenya to the Netherlands, pilot projects are taking root and will soon test a simple idea – give cash to the poor. The idea goes by different names, including universal basic income, cash transfers and the negative income tax. Successful versions, like Bolsa Família in Brazil, are building the case to transform welfare and social safety nets.

The idea is attracting attention and support from a wide range groups and individuals. In January, the Silicon Valley startup fund Y Combinator announced plans to fund research into basic incomes. This is new territory for an organization known for backing the likes of AirBnB, HipMunk and Disqus.

INDIA: NGO Proposes Implementing Citizen’s Dividend through Mining Reforms.
The Goa Foundation, an environmental NGO in India has developed a list of reforms for the mining industry, among which is to implement a citizen’s dividend which will act as a universal basic income for all. Their chief argument rests on the fact that minerals are non-renewable inherited assets owned by the state and that a citizen’s dividend will act as a new non-wasting asset of at least equal value to the minerals that may be sold.
http://www.basicincome.org/news/2016/03/india-ngo-proposes-implementing-citizens-dividend-through-mining-reforms/

Basic Income may be the answer to poverty.

Paul Mason discusses post capitalism and touches on moving to a system that includes social justice when the old system has reached its limit.

Another take on the citizen dividend.

Must we resign ourselves to a growing chasm between rich and poor? Bruce Ackerman and Anne Alstott propose an innovative alternative in this thought-provoking book: an eighty thousand dollar grant for every qualifying young adult. The authors analyze this plan from many perspectives and argue that such a citizen's stake would open the way to a society that is more democratic, productive, and free.
http://www.amazon.com/The-Stakeholder-Society-Anne-Alstott/dp/0300082606

We have reached over 100 signatures. Thanks for signing !

In today's Guardian Owen Jones reports "We should be striving to work less, not toiling until we drop"
http://www.theguardian.com/commentisfree/2016/mar/03/retirement-retiring-age-77-strive-work-less-progress-challenge-bleak-prospect

This talk was given at a local TEDx event, produced independently of the TED Conferences. Rutger Bregman (1988) studied at Utrecht University and the University of California in Los Angeles, majoring in History. In September 2013 Bregman joined the online journalism platform De Correspondent. His article on basic income was nominated for the European Press Prize and was published by The Washington Post.

A UBI would solve a lot of these problems.

In the time leading up to the Singularity, the advent of highly-advanced AI systems, 3D printing, self-driving cars, virtual reality telecommuting, and automation unlike anything we’ve ever seen previously are going to put an end to the need for an unskilled labor force; even many skilled workers are going to soon find themselves replaced by an AI/robot.

A basic income is being trialled in Canada we are watching this with interest and will keep you updated.
The basic income guarantee (BIG) is a strategy for poverty reduction that is simpler and more effective than our existing social assistance systems.
http://www.thestar.com/opinion/commentary/2016/03/01/lets-get-the-basic-income-experiment-right.html