To: The Australian Parliament: Members & Senators, SBS Board & CAC 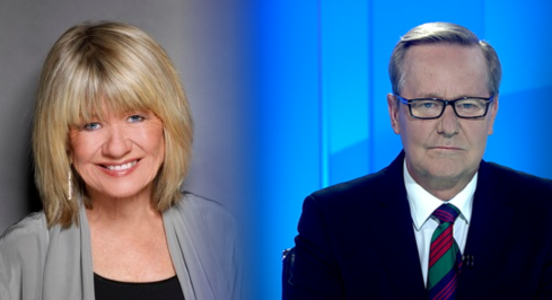 Do not amend the SBS Act 1991 to permit advertiser-averaging, which will see a doubling of ads and commercial breaks on SBS. This will mean that during primetime & sports broadcasts, SBS will look no different from the commercial networks.

Increasing ads will seriously threaten SBS's ability to comply with its Charter obligations.

If the law is amended, eventually SBS will broadcast 14 minutes of disruptive commercial breaks per hour in peak viewing – 6pm to midnight and in sport (10 minutes of ads plus 4 minutes of promos every hour) – the same as commercial TV.

Commercial breaks disrupting SBS programs are not natural and should be stopped, not increased!

The further commercialisation of SBS will take it to the brink of a shadow of its former self and amounts to a strangling of the world’s first multicultural broadcaster.

Australia's public broadcasters should be adequately funded from the public purse however despite making an election promise not to cut SBS or the ABC[1], the Abbott government has slashed funding twice to both since being elected, and now the government proposes to increase advertising on SBS radio and TV by ad-averaging[2][3].

The Lewis efficiency review into SBS was supposed to focus on back office efficiencies. More ads is hardly a back office change. It’s a full frontal in-your-face change, forever.

Increased advertising will lead to SBS being less efficient in its primary function – Charter compliance – not more efficient.

As a result of SBS advertising increases in recent years (due to in‑program advertising), compliance with the Charter decreased significantly[4].

The Lewis review acknowledged there will be risks to Charter related content and LOTE programming as a consequence of further increases in advertising[5]. Reputable evidence worldwide and locally shows populist programming dominate and non-adherence to Charter is proportional to the placement of advertising[6][7]. If the review had been serious about SBS becoming more efficient in Charter compliance, this opportunity would have been used to remove in‑program commercial breaks, not ramp them up.

When the Fraser Coalition government established SBS television in 1980, it was on the back of two multilingual radio stations formed under the Whitlam Labor government and bi‑partisan support for multiculturalism. SBS played and still plays an important role in social cohesion and inclusion in Australia however this drastic commercialisation threatens its special purpose.

SBS is already conflicted with the current placement of commercial breaks inside programs, and an increase in advertising will only further make the advertiser the client, instead of the viewer.

Until 2007, SBS did not have ads within programs but side-stepping the Parliament, community debate and the courts, SBS exploited a loophole in the law to do so. Any further increase in advertising will critically jeopardise the integrity and mandate of SBS, and undermine its ability to espouse multiculturalism, social cohesion and inclusion.

Audiences love SBS and would love it a whole lot more without more commercial breaks continually disrupting programs. It is not fair play to increase advertising, take money from and reduce the budget set aside for SBS. Financially, SBS is a very efficient broadcaster operating on a budget that is far less than any other network.

“This is no way to treat SBS which has made a remarkable contribution to the success of Australia as an inclusive and cohesive multi-culture. And you’d think in terms of counter terrorism the role of SBS in inclusion and cohesion would be more important now than ever before. What we’ve got here is an ideological aversion to public broadcasting”[8].

This changes the dynamic of any government commitment to multiculturalism and the role of SBS as a valuable link in engaging culturally and linguistically diverse people in a socially cohesive society, furthermore if the proposal becomes law, SBS will be required to hand over the advertising revenue from increased ads to government. Nothing in the Minister's statement[9] requires SBS part with any ad revenue if the proposal to increase advertising fails to become law and that consistently remains the official line of government and SBS[10][11]. If it does become law, the government will take $28.5m of SBS's ad revenue – the amount that SBS predict they will earn from more ads. If the proposal fails to become law, SBS will keep all of its ad revenue – the status quo.

Money earned by the new regime for ads is no more than money removed from the budget. It’s a cut.

Advertising revenue has never been additional income for SBS. The more successful SBS is at generating revenue from advertising, the further it departs from its Charter and the greater it is then underfunded by government.

Regardless of whose idea it was or when[12], increasing ads is another step in the awful commercialisation and trashing of SBS and has not been welcomed by anyone. SBS audiences don’t want it, SBS staff don't want it, the individual communities SBS works in partnership with certainly don’t want it, community and commercial[13] broadcasters don’t want it. No one wants it. It is bad policy and not wanted under any circumstances.

Margaret Pomeranz AM & Quentin Dempster AM

Sponsored by Save Our SBS and GetUp!