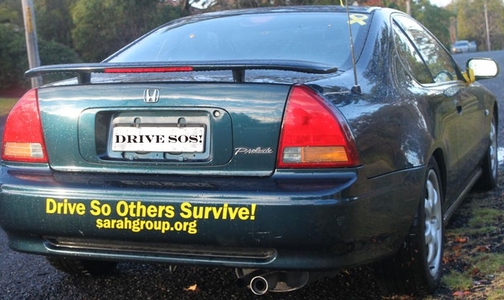 Road Safety isn't just about building more roads... Its also about making sure that Australian roads are safe and that there are laws in place to ensure we as road users actively look after each other...

As there is no longer a Commonwealth Minister for Road Safety, this Petition asks you as Deputy Prime Minister, and Minister for Transport and Infrastructure, to champion the protection of those who are vulnerable our Australian Roads and Highways.

To demonstrate this commitment, we ask you to publicly pledge to protect the safety of our emergency services, first call and road side assistance personnel who find themselves in harm's way each day on our roads and highways.

For instance, drivers are compelled to slow to 40 km/hr when passing a council worker mowing the grass, yet in every State and Territory (with the notable exception of South Australia), it is still perfectly legal to do 110km/hr while passing just centimetres away from an emergency services personnel, tow truck or roadside assistance vehicle assisting at a car crash on a high speed freeway.

In South Australia drivers are required to slow to 40kph when passing an incident and we congratulate the South Australian Government for their leadership. Now its your turn to show that as the Commonwealth Minister, Road Safety is not only important to you, but you will act as the national leader.

Deputy PM - This is how you can show you care!

To demonstrate your commitment to Road Safety and acting for those who are vulnerable, we ask that you champion a new Australian Road Rule requiring drivers "to slow down by at least 30 kph when approaching a vulnerable road user, and if safe to do so move in to the lane away from the incident."

We then ask you as Deputy Prime Minister to write to each State and Territory Road Minister requesting that a "Slow By at least 30" (SB30) Australian Road Rule be placed on the Standing Council on Transport and Infrastructure (SCOTI) national road safety agenda.

Your commitment will help all Australians "Drive So Others Survive!".

With over 30,000 Australians killed or seriously injured each year, road safety is a health issue! Yet basic actions can be taken to protect people's lives!

As part of Australia's Road Rules we need a national law that acts to protect those who find themselves vulnerable on our roads and highways. By making sure that passing drivers and riders "slow down and move over" when approaching an incident, crash or breakdown we can ensure road users "Drive So Others Survive!"

There is no longer a Commonwealth Minister for Road Safety so we are asking the Deputy Prime Minister (who is also Minister for Transport and Infrastructure) to become the champion for National Road Safety.

Given his portfolio responsibilities, we believe the Deputy Prime Minister needs to become the National Road Safety Champion by publicly stating his commitment to road safety.

We then ask the Deputy Prime Minister to demonstrate this commitment to the protection of vulnerable road users and those who protect and assist (emergency services, tow truck drivers, roadside assistance personnel) by leading the push for a "Slow By at least 30" (SB30) Australian Road Rule.